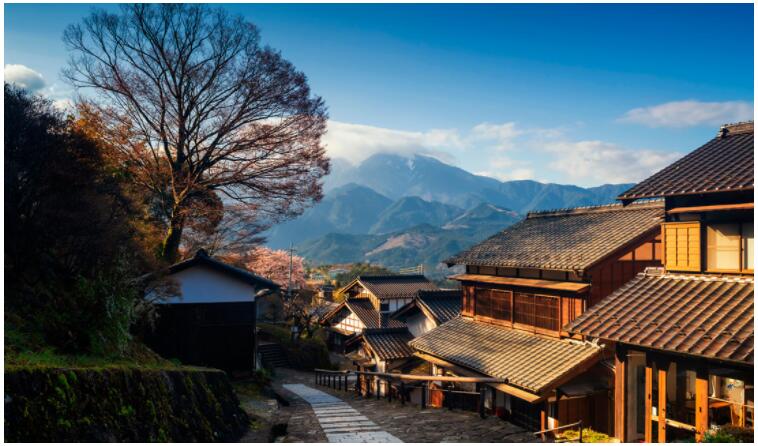 A taste of Japan takes you in a unique way on a journey to the big city and the countryside, through the present and the past. It includes some of the absolute main attractions for the eye as well as for the soul and palate. The tour runs between the world cities of Tokyo and Osaka via entertainment districts, ancient temples and enormously beautiful views, which are topped by the view of Mount Fuji. You drive along the old famous trade route Nakasendo in the beautiful Kiso Valley, where you will also have the opportunity to walk and look at the beautiful views up close. This trip takes you partly to the “musts” that are associated with a trip to Japan but also to relatively unexploited parts of Japan. Welcome! 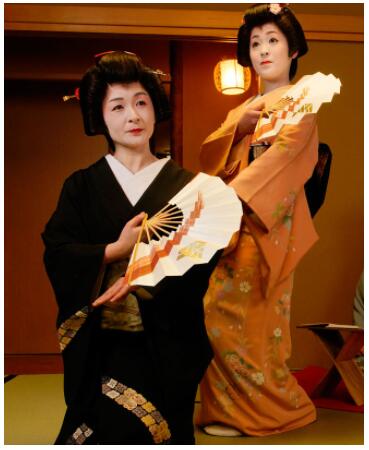 Day 1: Flight to Japan
We fly to Tokyo, the capital of Japan. Meals are included on board the long-haul flight

Day 2: Arrival in Japan (Tokyo)
We arrive in Tokyo. Transfer to the hotel. In the evening we meet for a welcome dinner. Overnight in Tokyo. (Dinner)

Day 3: Asakusa, Meiji Jingu, Harajuku and Shibuya
During days 3 and 4 we walk and travel with Tokyo’s excellent public transport and thus get an insight into the everyday life of Tokyo residents

After breakfast we head to the district Asakusa, one of Tokyo’s traditional districts. Asakusa’s main attraction is Sensoji, a very popular Buddhist temple built in the 6th century. The temple markets, narrow streets, traditional shops and restaurants give a glimpse of old Tokyo. We then visit Meiji jingu , a shrine built in memory of Emperor Meiji (1852 – 1912) and his wife, Empress Shoken (1869-1912). In Japan, Emperor Meiji is associated with the modernization process that began in the latter half of the 19th century. We then head to the nearby Harajuku district which has become something of a center for youth culture and fashion and then go to the Shibuya district which is known for its huge crossing (Shibuya crossing)in front of the station building. When it turns green, the pedestrian crossing is filled with streams of crossing crowds from all directions. Overnight in Tokyo. (Breakfast)

Day 4: Akihabara, Ueno and Shinjuku
We start the day by visiting the Akihabara Electronics District which offers a wide range of electronics and tax-free goods. In the last decade, Akihabara has become a center for Japanese otaku. An otaku is a person who has an extreme interest in, for example, manga (Japanese comics), anime (animated film) or computer games. We walk from here to the Ueno district along the Ameyoko dori market street which offers everything from clothes to dried fish. For example, if you want, you can go for a walk in the nearby Ueno Parkwhere many Tokyo residents seek refuge for a while. After meeting again we go to Shinjuku. Here we visit the Tokyo Metropolitan Government Building . From the skyscraper you get a magnificent view of the megametropolis Tokyo. We go on a city walk in Shinjuku and pass one of the world’s busiest stations – Shinjuku Station. Shinjuku with its tall buildings, huge TV screens and neon signs is an amazing sight! Overnight in Tokyo. (Breakfast)

Day 5: Kawaguchi Lake and Mount Fuji
We start the day with a stop at the Imperial Palace, the Imperial Palace(seen from the outside) which is the residence of the Emperor of Japan. It is located in the center of Tokyo, surrounded by moats, and on the site of the original Edo Castle, which was once the world’s largest fortress. Then we leave Tokyo to go to Kawaguchi Lake , where we take the Mount Fuji Panoramic Ropeway , a cable car, up to an observation point, where we enjoy panoramic views of Kawaguchi Lake and Mount Fuji. Then we visit the Arakura Bed Shrine , which came into being in the year 705 to be able to pray to God here to prevent disasters and to obtain happiness in households. As we ascend further from the Arakura Bed Shrine, we come to the Chureito Pagoda, built as a peace memorial in 1963 and here is considered the best place to see Mount Fuji, and the place is therefore very popular with photographers. We spend the night in a traditional Japanese hotel, a ryokan , usually with tatami mats and a hot spring. Overnight in Nagano (breakfast, lunch and dinner)

Day 6: Kiso Valley The Kiso Valley
runs along the mountains of Japan’s central Alps and forms an ancient 70 km trade route, known as Nakasendo. The trade route developed along the valley and served as a very important trade route in the old days of Japan. We drive along the Kiso Valley and arrive at Magome, which was mainly built to provide housing for those who traveled along the trade route. We explore the charming city and visit some museums. After lunch, those who want a hike to Tsumago , or as the trail is called Magome – Tsumago trail . This trail takes us through the forest and among rice fields, and after about 2 hours of walking we arrive at Tsumago, the most pristine village in Japan. The hike provides an opportunity to experience the beautiful Kiso Valley and get a taste of Japan’s feudal past. (The trip is about 8 kilometers long and takes about 2-3 hours to walk at a leisurely pace from Magome to Tsuomago. If you do not want to hike, you can follow the bus to Tusmago). Overnight in Nagoya. (Breakfast and lunch)

Day 7: Kyoto
In the morning we go to the ancient imperial city of Kyoto which was the capital of Japan for more than a millennium. After arriving in Kyoto, we visit Nijo Castle , which was built in 1603 as a Kyoto residence for the shogun (Japan’s military dictator) during the Edo period (1603-1867). Nijo Castle was designated a UNESCO World Heritage Site in 1994. Then we come to the Fushimi Inari Shrine , an important Shinto shrine in southern Kyoto. The magical, seemingly endless road with over 5,000 colorful torii gates on the hills behind the Fushimi Inari-taisha shrine makes it one of the most popular shrines in Japan. Overnight in Kyoto (Breakfast)

Day 8: Kyoto
Today we first visit Kinkaku-ji or the Gold Pavilion. The building was built as a residence for Shogun Ashikaga Yoshimitsu (1358-1409), but was converted into a zen temple after his death. The image of the temple, richly adorned with gold leaf, which is beautifully reflected in the shiny waters of Kyokochi, is perhaps the most famous image of Kyoto. From the Gold Pavilion we come to Arashiyama , a nice district on the western outskirts of Kyoto, which was a popular destination for the better off in the past. After walking through Bamboo Groves , and making a short stop at Tenryuji Temple , we arrive at Togetsukyo Bridge . The wooden bridge stretches across the Katsura River below Arashiyama Mountain, and with stunning views. In the afternoon we continue our journey to Kiyomizudera(Temple of Pure Water), one of the most famous temples in Japan. Kiyomizudera is best known for its wooden deck which gives visitors a nice view of cherry and maple trees as well as in the distance the city of Kyoto. Then we come to Gion , Kyoto’s most famous geisha district. Overnight in Kyoto. (Breakfast)

Day 9: Kyoto – Nara – Osaka
In the morning we travel to the ancient city of Nara founded in the early 700s. Nara was the first real capital of the early Japanese state and there are therefore many historically interesting sights here. During the day we visit two world heritage sites. Todaiji Buddhist Templeis one of the world’s oldest and largest wooden buildings and houses a huge bronze Buddha statue. The temple is contemporary with the nearby Shinto shrine Kasuga Taisha , known for its beautiful temple walkway lined with thousands of moss-covered stone lanterns. In the afternoon we head to Osaka , where we visit the city’s famous castle which played a significant role in the latter half of the 16th century when Japan began the process of national unification after a long period of constant civil war. We also visit Dotonbori , Osaka’s most famous shopping and entertainment district along one of the city’s old canals. Overnight in Osaka. (Breakfast)

Day 10: Return from Osaka
Transfer to the airport and return to the boarding place. Meals are included on board the long-haul flight. 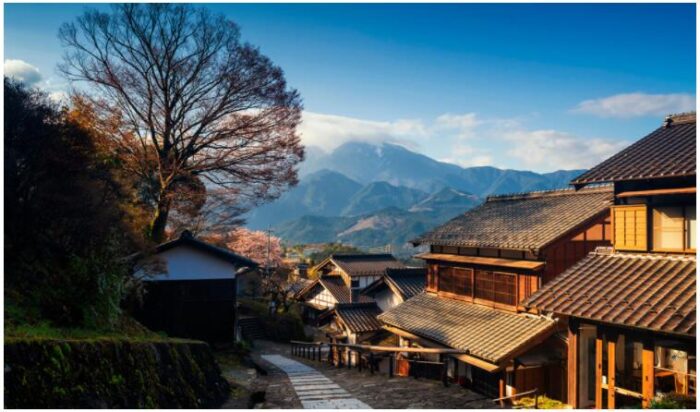