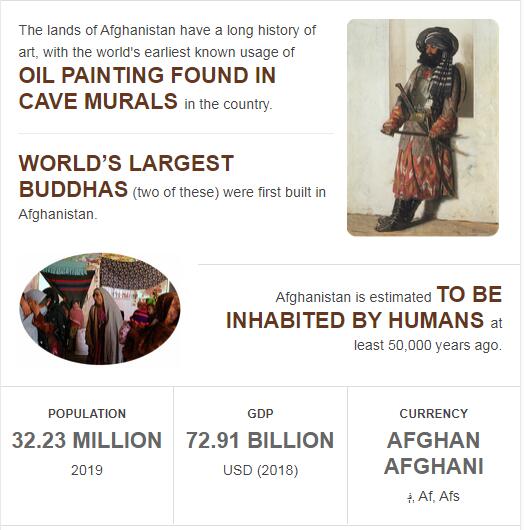 According to Countryaah.com, the escalated violence led, among other things, to Afghanistan deciding to double its security force from 17,000 soldiers. In March, Afghan forces controlled only 57% of the country, compared to a year earlier when controlling 72%. NATO also planned to increase the number of soldiers by “a few thousand,” according to NATO chief Jens Stoltenberg, but these would not be used in combat. In June, the United States decided to send nearly 4,000 soldiers to the country. In January, the United States had nearly 8,500 military personnel in Afghanistan – despite outgoing President Barack Obama’s desire for the majority to be withdrawn. In August, against his election promises, President Donald Trump promised that the United States would increase its involvement in the country. He wanted to give the US forces greater powers for action against terrorists. Trump said the United States was not in Afghanistan to “build a country” but to “kill terrorists.” US Secretary of Defense James Mattis was therefore commissioned to send another 4,000 soldiers to the country. The same month, the Pentagon Defense Headquarters announced that the number of US soldiers was higher than previously stated, the correct figure was 11,000. This means that the total number of US soldiers in the future will amount to 15,000.

In March, an evaluation of the Swedish military operation in Afghanistan came in 2002-14. Investigator Tone Tingsgård found that the effort was far from approved. The forces did not contribute to the security of the country or to the fight against poverty, which were some of the goals. Nor had they succeeded in training the local security forces. However, according to the investigator, the Swedish effort in Afghanistan meant that the Armed Forces’ own ability increased. The bill for the Swedish commitment was between SEK 18.7 and 27.5 billion and five fallen soldiers.

In June, Afghanistan appealed to Sweden and the EU to stop their deportations to Afghanistan, as a human return can no longer be guaranteed. A memorandum of understanding had been signed in October 2016 on returning Afghans, but according to Afghanistan’s Deputy Refugee Minister Alema Alema this was now terminated. In August, unanimous Afghan asylum seekers in Stockholm demonstrated to stop deportations from Sweden. In the same month, Afghan Refugee Minister Sayed Hussain appealed to Alemi Balkhi for Sweden to follow the German decision to stop the deportations.

Several bombings took place during the year, many in the capital Kabul. In January, the Taliban attacked a minibus with staff at the country’s intelligence service near Parliament; at least 21 people died. In February, 20 people died outside the Supreme Court in the capital by suicide. On May 31, a car bomb detonated near the German embassy in Kabul; at least 150 people died and over 400 were injured. It was the bloodiest attack in Kabul since 2001. In connection with government-critical demonstrations a few days after the deed, security forces killed at least five people, and a little later, June 3, 20 people died in the funerals of the dead protesters.

In July, at least 35 people in western Kabul died of a car bomb signed by the Taliban and targeted by mines ministry officials. The same month, Iraq’s embassy in Kabul was attacked by four members of the Islamic State (IS) terror group. After a few hours of fighting, the IS fighters and at least two Afghan guards had been killed. On October 20, at least 39 people were killed by a suicide bomber at the Imam-Zaman Shiite Mosque in the capital. In March, IS terrorists dressed as doctors attacked the largest military hospital in the country; At least 30 people, most patients, doctors and nurses, die in the six-hour attack.

In April, an Afghan military base near Mazar-e Sharif was attacked by ten Taliban dressed in Afghan army uniforms; over 140 soldiers died in the attack, which is said to be the deadliest to date against an Afghan military base. One day after the act, both Defense Minister Abdullah Habibi and Qadam Shah Shahim were forced to retire because of their “inability to prevent attacks”. At the end of December, at least 40 people died in Afghanistan’s capital, Kabul. There were several explosions against the Shiite Muslim cultural center Tabayan, where a ceremony was held to mark the 38th anniversary of the Soviet invasion of Afghanistan. The Islamic State took on the attack.

In the pursuit of IS terrorists, the United States released the largest bomb (GBU-43, weight 10 tons) with conventional charge used so far in combat. The bomb was supposed to strike the terrorist tunnel complex in the Achin district of eastern Afghanistan, where between 600 and 800 IS fighters are believed to be located. Some 90 days after the bomb, about 90 deaths were confirmed.

In February, the country was hit by heavy snowfall near the Pakistan border. More than 100 people are believed to have died in various avalanches triggered by the storm.