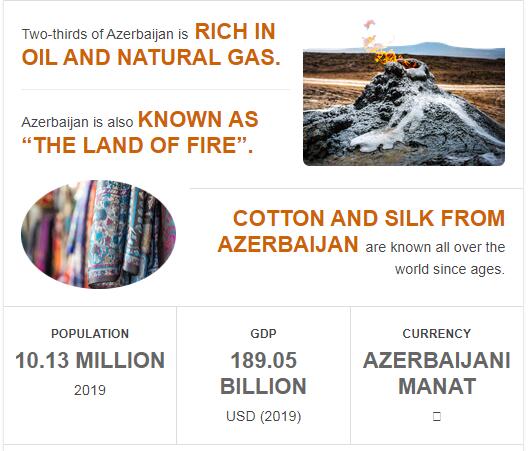 Azerbaijan. The year began with harsh prison sentences against regime opponents. In January, the People’s Front Vice-President Fuad Qahramanli was sentenced to ten years in prison for his role in previous protests against the regime. According to Countryaah.com, two leaders of the Muslim Unity Movement were sentenced to 20 years in prison each, charged with terrorism and urging the regime to overthrow. Sixteen other activists were sentenced to prison for between 14 and 19 years.

The convicted were innocent. According to the defense, the charges were fabricated, and torture was reported to have occurred during the hearings. Many arrested regime critics were also awaiting trial. There were testimonies of police brutality and how regime critics were excluded from government jobs. The regime was also said to form the local citizen guard with the mission of reporting signs of opposition. See ABBREVIATIONFINDER for frequently used acronyms and abbreviations related to as well as country profile of Azerbaijan.

During the year, one of the leaders of the opposition party People’s Front was also sentenced to imprisonment for more than three years, accused of conspiring with the volatile Turkish opposition leader Fethullah G邦len. In December, twelve Islamists were sentenced to between 12 and 15 years in prison.

The repression of the opposition did not hinder President Ilham Aliyev’s business contacts with the EU. In February, Alijev visited Brussels and received assurances about the EU’s interest in Azerbaijan’s gas wealth, an alternative to the Union’s dependence on Russian gas. The parties discussed new pipelines that are scheduled to deliver Azerbaijan gas to EU countries in 2020.

After the trip to the EU, Alijev appointed his wife Mehriban Alijeva as the first vice president, which the opposition described as a return to medieval feudal domination. Ilham Aliyev inherited the presidency of his father and is believed to be planning to succeed his son.

Aliyev has been revealed with corruption in the billion class, while the people are feeling the downturn of the economy with low export prices of oil and currency depreciation urged. GDP shrank by close to 4% in 2016. The state energy company raised gas prices sharply in January, and bread prices rose due to expensive wheat imports.

Several independent media were blocked on the Internet by the regime, which got the measure approved in court. The Azadliq newspaper, the TV channels Mejdan and Turin as well as US-supported Radio Free Europe were among those affected. The news agency Turan’s manager was arrested and the agency was forced to close down the business. Reporters Without Borders demanded the release of an investigative journalist who was kidnapped and jailed after reporting on the regime’s corruption.

During the year, international media revealed that the Azerbaijani regime paid big bribes to a number of European politicians, journalists and others for defending Azerbaijan against allegations of human rights violations.

In September, mass arrests of LGBT people took place. At least 60 people were arrested and sentenced to prison or fined, and many of them were beaten. Azerbaijan is considered the worst country in Europe for LGBTQ people.

The Swedish company Bombardier Transportation was accused during the year of bribing an Azerbaijani official for a contract to install signal systems on the Azerbaijan railways. A boss at Bombardier was indicted in August for gross bribery.

Struggles between Azerbaijan and the Armenian-backed Republic of Nagorno-Karabakh continued. The International Crime Prevention Group (ICG), during the year, noted that the violence surrounding Nagorno-Karabakh has brought neighboring countries Armenia and Azerbaijan closer to war than ever since the ceasefire in 1994.

Azerbaijani journalist Khadija Ismajilova was one of the recipients of the 2017 Right Livelihood Prize, but authorities stopped her from traveling out of the country to receive the award.