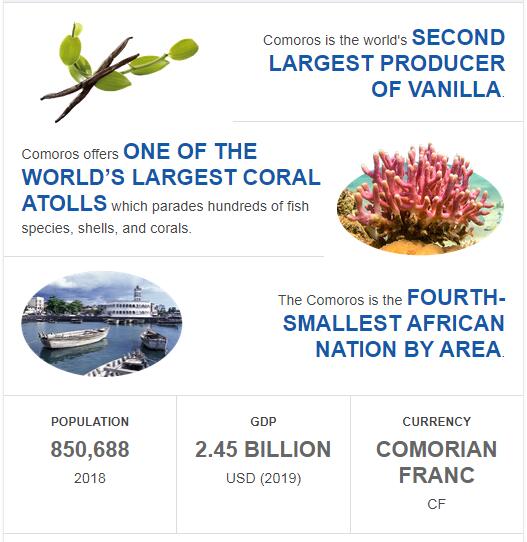 During the year, a project was underway within the agricultural sector that is important for the country. A large part of Comoros’ export income comes from the sale of vanilla, cloves and ylang-ylang, which are used, among other things, in the manufacture of perfume. According to Countryaah.com, the project was supported by the United Nations Development Program (UNDP) and the International Trade Center (ITC). An important part of the project is that growers who previously had difficulty getting bank loans now have access to capital, which makes it possible to invest in the business so that it can grow.