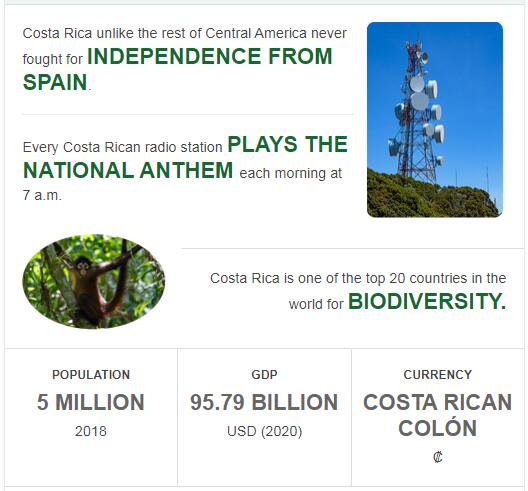 Costa Rica. According to Countryaah.com, the campaign for the February 4, 2018 presidential election was dominated by a corruption scandal revealed in early September, where officials at the state bank Banco de Costa Rica are suspected of receiving bribes from a subsidiary of a Chinese cement company. One of the presidential candidates, Otto Guevara of the small opposition party Libertarian movement, was considered to be involved. Prosecutor Jorge Chavarría was also questioned after refraining from investigating the case further. Otherwise, President Luis Guillermo Solí’s promised fight against corruption during his three years in power has been quite successful. A January report from Transparency International, which ranks the world’s countries by a corruption index, showed that Costa Rica received its highest ranking ever, above both the rest of Central America and the average for Latin America. See ABBREVIATIONFINDER for frequently used acronyms and abbreviations related to as well as country profile of Costa Rica.

Despite good financial results, the government launched a tax package in early August that was intended to strengthen government finances through an income tax reform and an increase in VAT. Growth was 4.1% in the first half and poverty decreased, but the budget deficit of 6.1% of GDP was seen as a serious risk of liquidity problems for the state. Another proposal, to abolish a capital import control law introduced by former President Laura Chinchilla (2010-14) to curb speculation capital’s influence on the economy, was met with strong opposition, especially from the largest opposition party National Liberation Party (PLN). Overall, the voters considered President Solís a good job, but opinion polls at the end of the year nevertheless showed a leadership position for Antonio Álvarez Desanti of PLN.