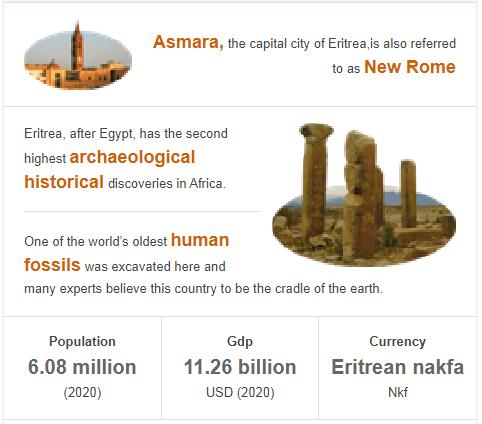 Eritrea. A book published during the year revealed that Eritrea’s regime is involved in cruel human trafficking of Eritrean refugees. Some victims may endure torture and sexual abuse, some are executed and relatives are pressured to pay the ransom. Experts have interviewed about 200 victims and point out a group of Eritrean men with links to Eritrean government officials and military as well as criminal gangs. The book shows that human rights violations in Eritrea drive young Eritreans into exile, and individuals in the ruling party profit from smuggling and trafficking with these refugees. See ABBREVIATIONFINDER for frequently used acronyms and abbreviations related to as well as country profile of Eritrea.

According to Countryaah.com, the book “Human Trafficking and Trauma in the Digital Era” is a collaboration between exiliterate experts and professors at universities in the Netherlands and Zimbabwe.

In April, the African Commission on Human and People’s Rights condemned Eritrea’s imprisonment of Eritrean-Swedish journalist Dawit Isaak, who was held for over 15 years without prosecution or judgment. The Commission demanded the release of Isaak and other imprisoned journalists in Eritrea, the country considered to have the world’s worst press freedom.

Later in the year, the European Parliament passed a resolution condemning Eritrea’s violation of human rights and demanding the release of Dawit Isaak.

Tensions at the disputed border between Eritrea and Djibouti increased in June, after Qatar withdrew a military observer force that has been there since 2010. According to Djibouti, Eritrean military entered the evacuated area, which is disputed. The African Union (AU) appealed to the two countries for calm and decided to send a commission of inquiry. The UN Security Council called on the countries to use peaceful means.

Former Patriarch Abune Antonios of the Eritrean Orthodox Church attended a Mass in Asmera Cathedral in July. It was the first time he had been seen in public since 2007, when he was placed under house arrest by the regime after being deprived of office. Antonios had demanded the release of political prisoners and refused banned regime opponents.

At the end of the year, protests erupted against the regime in Asmera, something unique in the heavily controlled Eritrea. Pupils at a private Muslim school were reported to have protested against the arrest of the headmaster and the government demanded a stop for religious instruction, end of ban on hijab and end of separate classes for boys and girls.

Security forces must have responded with gunfire to disperse the protesters, and according to the US embassy, ​​protests and gunfire occurred at several locations in the city. The internet was shut down and several young men were reportedly arrested by the military. An opposition group in exile claimed that several people were shot dead and many wounded, but the regime toned down the details of violence and claimed that no one was injured.