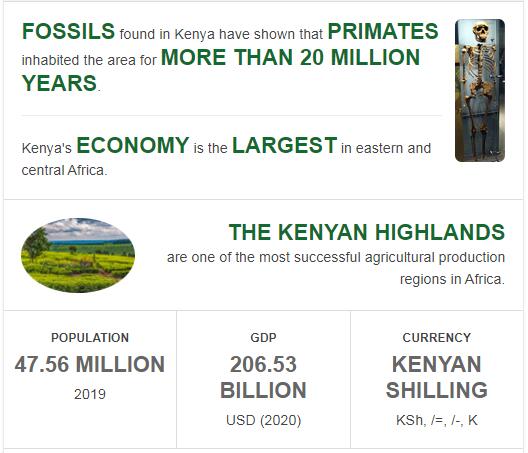 Kenya. During the 2000s, Kenyan election years have meant increased tensions in society that have occasionally degenerated into deadly violence. This year was no exception. In January, the opposition formed the National Super Alliance (NASA), the largest party being the Coalition for Reform and Democracy (CORD), which in turn consists of the parties of the Orange Democratic Movement (ODM) and the Wiper Democratic Movement-Kenya (WDM-K). In April, ODM leader Raila Odinga was named NASA’s joint presidential candidate. Many saw this as 72-year-old Odinga’s last chance to become president after coming in second in both the 2007 and 2013 elections. the country’s electoral commission, murdered in his home. Traces of torture were found on the body. See ABBREVIATIONFINDER for frequently used acronyms and abbreviations related to as well as country profile of Kenya.

According to Countryaah.com, the election day itself, August 8, was largely calm but the aftermath became all the more turbulent. The results of the presidential election showed that the incumbent president, Uhuru Kenyatta, had won 54% of the vote against just under 45% for Raila Odinga. The latter claimed that there were irregularities and that the Election Commission was subjected to illegal data breaches. The parliamentary elections were also a success for Kenyatta and his Jubilee Party (JP), which received 171 out of 350 seats in the National Assembly. NASA parties did not put together a joint list without a party, which in some cases disadvantaged them because the candidates “stole” votes from each other. ODM became the second largest party with 76 seats and WDM-K third largest with 23 parliamentary seats. JP and ODM also got the most seats in Parliament’s upper house, the Senate, with 34 and 20, respectively, out of a total of 68 seats. Since the official election results were announced, protests in Nairobi and Kisumu broke out, but these were relatively limited. Still, at least 37 people were killed, of whom at least 24 were shot dead by police.

It turned out that the electoral commission did not follow its own rules, as forms of some constituencies were long missing. However, the Commission claimed that no election fraud had occurred and was supported by international observers. Odinga appealed to the Supreme Court, which on September 1, rejected the election result. A weighty reason was the missing forms, which the Election Commission could not explain where they had come from, and that the Election Commission presented a result before this could be reliably confirmed. The Court also highlighted the Election Commission’s refusal to make its servers available for review to determine whether or not data breaches occurred. In addition, the electoral process was approved by the Supreme Court, which ordered a new presidential election to be held within 60 days.

In the re-election, initially only Kenyatta and Odinga would be allowed to stand. The latter, however, demanded reforms and staff changes within the electoral commission and when such failed, Odinga chose to step down in October. The situation became confused because, according to the new electoral law approved by the National Assembly in September, no election should be held if a candidate withdraws. The victory will then accrue to the remaining candidate. However, the electoral law had not entered into force at the time, as the president must approve the proposal. Finally, all candidates from the August elections were allowed to stand in the October elections as well.

The period leading up to the October 26 election became unsettling and violent in many places. The government introduced a demonstration ban in several cities and the police put tear gas on those who still went out into the streets to protest. Several of the Supreme Court’s members received death threats because of their decision to annul the election in August. In October, one of the members of the Election Commission left office and fled abroad, and the President of the Commission said in a written statement that he could not guarantee a properly executed election with a fair result unless parts of the Commission staff were replaced.

Election day October 26 became violent in several places and turnout was reported to be significantly lower than in August, 38%. According to the official result, Uhuru Kenyatta received 98% of the vote. Odinga called the election “a scam” but in November the Supreme Court finally approved the result, and Kenyatta was able to begin his second term at the end of November. The protests after the election cost over ten people their lives. The disputed new electoral law came into force in November. The law means that it will be more difficult for the Supreme Court to annul a choice.

In February, President Kenyatta announced a national disaster because of severe drought in large parts of the country. According to Kenyan authorities, more than 2.5 million people were at risk of starvation. The Somali Islamist movement al-Shabab continued its attacks during the year in Kenya with dozens of deaths. The attacks mainly took place in the border area between the two countries.

In July, Kenyans of Asian descent were recognized as the country’s 44th ethnic group. The decision mainly affects people with roots in India and applies to who is a Kenyan citizen because the parents were born in Kenya.

In August, Kenya banned all use of plastic bags. Manufacturing, selling or carrying a plastic bag can result in a fine or imprisonment for up to four years.