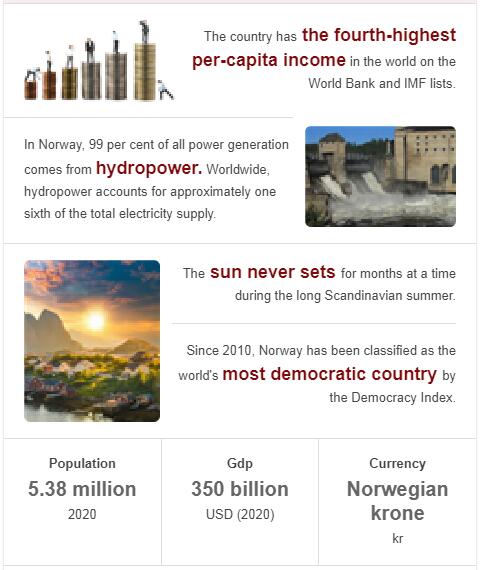 Norway. The consequences of the terrorist Anders Behring Breivik’s mass murder in Oslo and at Utøya in 2011 continued to plague Norway. The sentiments were strong against Breivik being right in court that his human rights were violated through isolation in prison. In March, however, the Court of Appeal overturned the district court’s ruling and stated that Breivik was not subjected to inhuman treatment. Breivik sought to proceed to Norway’s highest court, but the High Court did not grant a trial permit. During the year Breivik changed its name to Fjotolf Hansen. See ABBREVIATIONFINDER for frequently used acronyms and abbreviations related to as well as country profile of Norway.

An infected debate was held about a planned monument to the 69 people killed on Utøya. A Swedish artist’s proposal had won: a 40 meter long and 3.5 meter wide memorial wound through a cape near Utøya. The local people considered it brutal, the government stopped the plans and promised a more low-key memorial.

According to Countryaah.com, Norway strengthened its military defense in Finnmark along the Russian border, and 330 US soldiers were stationed outside Trondheim. In March, a NATO maneuver was carried out with 8,000 soldiers in Finnmark, including US and British troops.

Opinion polls ahead of the September elections gave long the lead to the red-green opposition with Jonas Gahr Støre in the lead. Prime Minister Erna Solberg’s Right went sharply back, especially in Solberg’s home region of western Norway. But closer to the election, public opinion swung, the Labor Party returned and the government and its support parties moved forward.

Immigration policy was an important issue in the electoral movement. Jonas Gahr Støre accused the government of making the atmosphere in the country cooler by harsh rhetoric around immigrants. It stormed around the Progress Party’s integration minister Sylvi Listhaug, who visited Sweden and the Stockholm suburb of Rinkeby, which she pointed out as a warning example of failed integration. Listhaug was harshly criticized by the opposition in Norway, but the brawl seemed to favor the Progress Party in public opinion.

During the year, the Norwegian State Oil Fund reached $ 1 trillion or NOK 8,000 billion. It went well for the Norwegian economy and unemployment was relatively low. The Labor Party was therefore difficult to hear for its criticism of the government’s economic policy. In the last polls before the election, the opposition predicted a slight loss.

The election was a decline for the government side, but the Høyre and the Progress Party with the support parties Venstre and the Christian People’s Party still retained a majority with 88 of the parliament’s 169 seats. The Labor Party lost the most voters and the red-green remained in opposition, although the Center Party rose sharply and the Socialist Left Party also emerged. The Green Party and the Green Party did not reach the four percent barrier and were given no equalization mandate. As a result, the majority of the four bourgeois parties fell.

Prime Minister Solberg hoped for a four-party government, but the Christian People’s Party soon left the talks. They then proceeded with the aim of a minority government with the Right, the Progress Party and the Left.

After the election, Norway got its first female foreign minister. It was former Defense Minister Ine Eriksen Søreide (Høyre), who succeeded Børge Brende when he was appointed head of the World Economic Forum.

A police chief responsible for combating drugs was sentenced in the fall in Oslo to 21 years in prison, the most severe sentence, for helping smuggle close to 14 tonnes of cannabis for many years. He was also convicted of gross corruption. The police chief denied the crime, but his co-accused, called the hashbaron, testified against him and was given a reduced sentence, 15 years in prison. According to the judge, the case was unique in Norwegian legal history.

According to the World Tourism Organization, global tourism is growing by between 3 and 4% each year, and it is expected that the number of travelers worldwide will double by 2020. According to the government’s action plan for the tourism industry 2005, the goal is to increase the number of foreign tourists by one million, from 3.5 million to 4.5 million in 2010, which will represent growth of approx. 30% in the number of arrivals to Norway.

Norwegian tourism companies must increasingly adapt to quality-conscious, travel-accustomed and cash-strapped tourists, and an increasing number of them are in higher age categories. Today’s tourists want personal and individual treatment, and international trends are moving towards increased demand for products where activities and experiences related to nature are important. The trend is also that many people want nature, culture, activities, city and country on the same trip, and it is the desired experiences that determine the choice of resort.

In 2006, the government allocated NOK 172.5 million to profile Norway as a destination abroad. Marketing of the brand Norway aims to increase the knowledge and knowledge of Norway, so that potential tourists are left with a positive opinion and choose Norway as their destination. The core values ​​in marketing are that Norway is “genuine, friendly, well-formed and well-organized”, and the main target group is tourists seeking nature-based experiences. In order to meet changes that have occurred in global tourism, in the Norwegian tourism industry and in tourists’ preferences, the brand Norway in 2006 is under review. The new brand will be centered around one basic core value and a bunch of destinations and tourism products that will define Norway externally.

Nature has always been a basic element in Norwegian tourism, and increased use of nature and protected areas has led to a great need for environmental guidelines for the nature-based tourism companies. In the spring of 2005, the GRIP foundation received support from the Ministry of the Environment and the Ministry of Trade and Industry for a national investment in ecotourism in Norway. One three-year collaboration project with the World Natural Fund (WWF) and Innovation Norway as partners was established the same year, with the aim of establishing “ecotourism as a concept, network and market for nature-based tourism companies in Norway”.

In Norway, from 2005, there is also a strong focus on geotourism. Innovation Norway signed in 2005 the Geotourism Charter, thereby committing itself to developing the tourism industry in Norway in line with the National Geographic Society’s definition of geotourism: Tourism that «safeguards, reinforces and highlights a place’s local characteristics – environment, culture, aesthetics, cultural heritage – and which benefits the local community ”.

Both ecotourism and geotourism are concerned with sustainable development and safeguarding the uniqueness of the local community. But while ecotourism focuses on nature-based tourism businesses and provides guidelines to ensure the economically sustainable development of small-scale, nature-based tourism in the local community, geotourism addresses the entire destination / destination, and not just individual businesses that exist on site.

In recent years, several adventure centers have been built based on historical themes or nature. Examples include the Arctic Circle Center at Saltfjellet, the Norwegian Bremuseum in Fjærland, the Jostedalen National Park Center at Stryn, the Lofoten Aquarium in Kabelvåg and Moskus Safari Dovrefjell. The amusement parks have also increased in importance. Among the largest theme parks today are Kristiansand Dyrepark, Norgesparken Tusenfryd, Hunderfossen Family Park and Bø Sommarland. Many golf courses are also developed in holiday and leisure contexts. In addition to this comes traditional museum activities, events, festivals, etc. Winter tourism has also enjoyed good growth in recent decades, and there has been considerable expansion for resorts. In 1971, there were 69 ski lifts and ski lifts in Norway. In 1981, this figure was increased to 170, while in 2003 there were 503 plants. The 1994 Olympics at Lillehammer led to a strong commitment to winter tourism. In line with the health holiday concept, Norway has also received several spa facilities in the last decade.

Both local and nationwide transport routes are of great importance to the tourism products. Some transport routes, such as the Hurtigruten and Flåmsbanen, have developed into tourist attractions in their own right.

Important for tourism are also the Norwegian places on UNESCO’s List of World Cultural and Natural Heritage: Bryggen in Bergen, Røros, Hellerengningene in Alta, Urnes Stave Church, Vega in Nordland, Geirangerfjord (see Geiranger), Nærøyfjord and four points along Struve’s meridian arch (meridian arch) in the center of Hammerfest, a trigonometric point in Alta municipality and two in Kautokeino municipality).