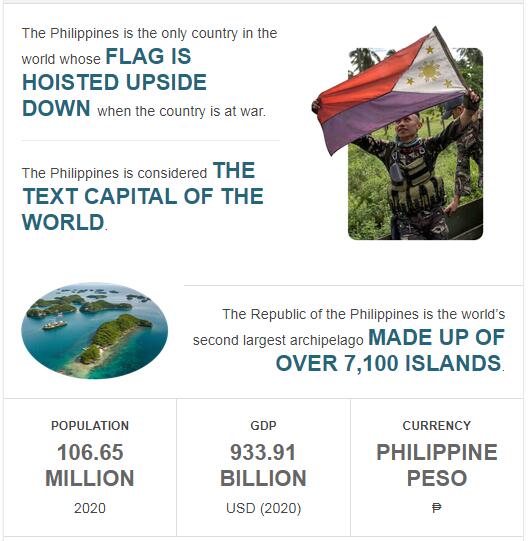 Philippines. According to Countryaah.com, thousands of Filipinos have been shot by police since the summer of 2016 under President Rodrigo Duterte’s tough policy against the drug trade. An additional thousands of people have been killed “under unclear circumstances”. Police have claimed they are shooting in self-defense, but in a report by Amnesty International at the beginning of the year, witnesses described how police simulate evidence to legitimize fatalities. According to the testimony, the police also stole victims’ valuables and fabricated reports to get extra pay based on performance.

In January, Duterte temporarily halted the drug war to reorganize the drug police after it was revealed that a South Korean businessman for kidnapping was kidnapped and killed by eight men, three of whom were police. According to the president himself, 40% of police forces were corrupt.

When the drug war resumed in February, it was with a reinforcement of close to 5,000 soldiers from the army, which would help the anti-drug authority PDEA chase high-level drug syndicate.

During the summer, Duterte took another step in the fight against the drug when he called on police officers to kill other police officers who worked for a mayor of the city of Ozamiz. The mayor and 14 others were shot dead in a raid in July after suspicions of extensive drug trafficking. For every police officer who was arrested “dead or alive – preferably dead”, Duterte offered a reward of SEK 320,000.

In August, more than 80 people were killed in just three days in the capital Manila. One of the victims was a 17-year-old boy. His case was noticed when a film from a surveillance camera showed that the boy had been taken away by police before they shot him. Another notable case was a movie that revealed that police officers in a so-called drug raid robbed an elderly woman in her home. The cases were criticized by both the Catholic Church and people in Duterte’s own government and led to the dissolution of the entire police force in the Caloocan area of Manila in September.

At the same time, an intense fight was fought against Islamist extremists with links to the terrorist group IS on the southernmost island of the Philippines Mindanao. It was the groups Maute and Abu Sayyaf that took part of the city of Marawi in May. To regain control, President Duterte introduced martial law throughout Mindanao, at the same time as the government army attacked Marawi from the air and with forces on the ground.

In July, Parliament extended the state of emergency in Mindanao to the end of the year and the United States provided military efforts to fight IS supporters on the island. Among the extremists were combatants from countries such as Saudi Arabia, Indonesia and Malaysia, according to the country’s defense minister Delfin Lorenzana.

At the same time, it was reported that around 350,000 people left Marawi and surrounding areas. Those who fled testified about beheaded people lying in the streets of a ghost town, whose center was largely destroyed.

After five months of fighting, the defense minister stated that the leader of Abu Sayyaf, Isnilon Hapilon, and Mautegerillan leader Omar Maute in October had been killed by the military. Shortly thereafter, Duterte declared that Marawi was liberated. Despite this, the state of emergency in Mindanao was extended by one year in December after the military announced that new jihadists were being recruited for more offensive in the area.

At the end of the year, Mindanao was ravaged by the Tembin storm that swept across the island just before Christmas. Around 240 people died while further fatalities were feared.