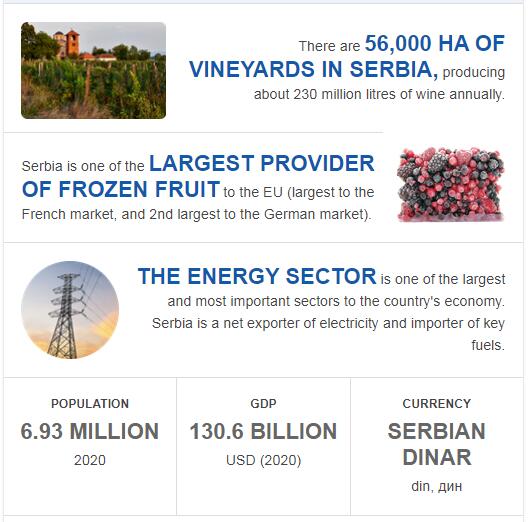 Serbia. In the April 2 presidential election, Prime Minister Aleksandar Vučić won with 55% of the vote; in second place came Saša Janković with just over 16%. While the presidential post is largely ceremonial, many fear that Vučić will become increasingly authoritarian. Some weeks after the election, Vučić was accused of electoral fraud by Janković. See ABBREVIATIONFINDER for frequently used acronyms and abbreviations related to as well as country profile of Serbia.

At the beginning of the year, a minor conflict arose between Kosovo and Serbia. According to Countryaah.com, a Serbian train, painted with the slogan “Kosovo is Serbian”, was stopped on January 16 from crossing to Kosovo. Kosovo President Hashim Thaçi was similar to the provocation of the Russian annexation of the Crimean Peninsula in 2014. Serbia’s then President Tomislav Nikolić said a group of Kosovo Albanians planned to attack the train and accused Kosovo of escalating the conflict.

In June, Ana Brnabić was named prime minister. She thus became Serbia’s first female prime minister, as well as the country’s first openly gay. In September, she participated in the Pride train along the streets of the capital Belgrade.

In November, Bosnian Serb army commander Ratko Mladić was sentenced to life imprisonment by the UN Tribunal in The Hague (International Criminal Tribunal for Former Yugoslavia, ICTY). He was convicted of, among other things, genocide and crimes against humanity (for example, the 1995 massacre at Srebrenica and the four-year siege of Sarajevo).

In May 2005, the Montenegro authorities decided to conduct a referendum in early 2006 on the country’s independence from the Serbia-Montenegro Union. Foreign Minister Miodrag Vlahovic acknowledged that it was about establishing “natural circumstances” around the state of Montenegro. Critics, however, emphasized that the underlying reason was that Montenegro wanted to improve its opportunities for admission into the EU. A criticism, however, that was rejected by Vlahovic.

In February 2006, negotiations began with the UN on the future of Kosovo. In March, however, Kosova Albanians appointed former rebel leader Agim Ceku as new prime minister. That led to a sharp reaction from the Serbian side that issued an arrest warrant on Ceku accused of being behind the killing of Serbs in both Kosova and Croatia.

In June, Montenegro conducted its scheduled referendum on independence. It provided a significant majority for independence and the day after the referendum Serbia declared itself independent. The old federation was dead.

The parliamentary elections in January 2007 were won by the Serbian Radical Party, but no party got an absolute majority. On May 8, the leader of the radicals, Tomislav Nikolić, was appointed chairman of parliament. Already five days later, however, the strongly nationalist and right-wing president was again removed from the post following strong pressure from the EU and the US.

The May 2008 parliamentary elections were won by Tadic’s ZES coalition, which gained 38.4% of the vote. The second largest party became Šešelj’s Radical Party with 29.5%. After the election, President Mirko Cvetković appointed a new Prime Minister for a government of ZES and several smaller parties. Šešelj himself was sentenced in July 2009 to 15 months in prison by the International Criminal Tribunal for violating the rules on witness protection. He continues to be charged with war crimes.

In January 2009, Kosova declared itself independent. This led to immediate recognition by the US and several EU countries. Belgrade protested fiercely, and Russia also warned of the consequences of Western recognition of Kosova.