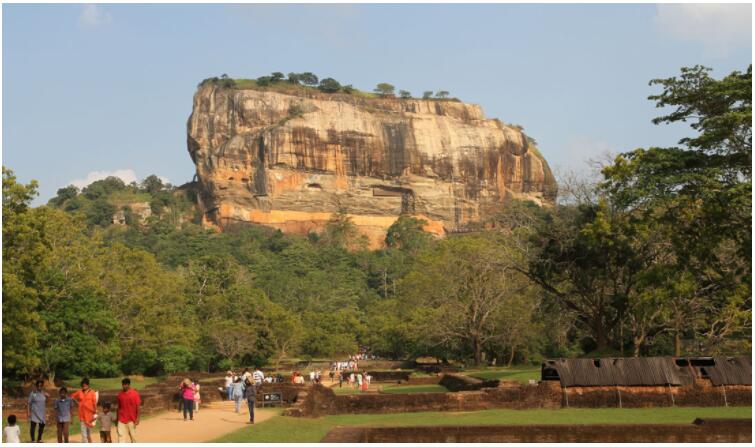 Discover the magical island nation of Sri Lanka during a fascinating tour that begins in the capital Colombo and then conveniently takes you to Sri Lanka’s main sights and the most wonderful natural areas. Sri Lanka has in recent years become an increasingly popular travel destination and it is no wonder. Here you will find beautiful landscapes in lush greenery, historic temples, ancient castle ruins, picturesque towns, rich cultural treasures, wonderful sandy beaches and friendly people. Sri Lanka is amazing! 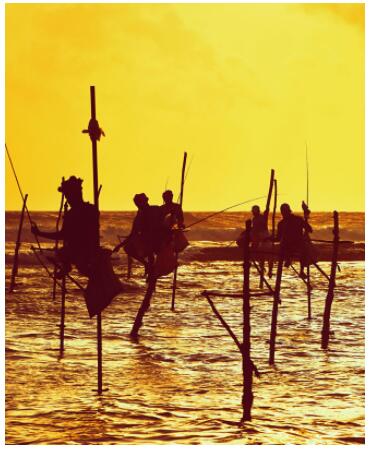 Day 3: Colombo – Sigiriya
After breakfast, a city tour awaits during which we experience the lively and colorful Colombo, which is very different from the otherwise fairly quiet and rural Sri Lanka. Here in Sri Lanka’s capital, you will find skyscrapers as well as buildings in British colonial style. Although Colombo has developed into a modern metropolis, it has nevertheless managed to preserve its charm from times gone by. During the day we visit the Pettah Bazaar, famous shrines such as the Buddhist temple Gangaramaya and the Hindu temple Sri Kailawasanathan Swami Devasthanam Kovil, as well as the Cinnamon Gardens district with its beautiful avenues and ancient colonial villas. Here you will find, among other things, the Prime Minister’s residence, the City Hall, the National Museum of Sri Lanka and the Independence Memorial Hall. In the afternoon we travel to Dambulla for an overnight stay. (Breakfast, lunch and dinner.)

Day 4: Sigiriya Fortress and Polonnaruwa
After breakfast we head to the World Heritage Sigiriya (“Lion Mountain”). On the oval and flat top of the 200 meter high mountain with vertical rock walls are the ruins of a large fortified palace built by a Sri Lankan king during the latter half of the 5th century. From here you get an outstanding view of the surrounding jungle. In the afternoon we continue to the next world heritage site – the ruined city of Polonnaruwa which was built in the 1000s. Here we see, among other things, the ruins of the royal palace, the Gal Vihara temple with its magnificent Buddha statues carved out of a large rock, “the Lotus Bath” (a pool shaped like a lotus flower) and the statue depicting King Parakramabahu (1123-1186). Overnight in Dambulla. (Breakfast, lunch and dinner.)

Day 5: Cave Temple in Dambulla – Kandy
After breakfast, we visit Dambulla’s famous Buddhist temple complex, built in the 100s BC and housed inside five caves. Here you will find 150 images of Buddha, including a 14 meter high statue carved directly from the mountain. During the journey to the city of Kandy, we visit an herb and spice garden for an introduction to Sri Lanka’s “world of spices”. The turmeric, cardamom, cinnamon, lemongrass and nutmeg grown in Sri Lanka are considered to be among the best in the world. On site, we learn more about how to use these spices in their cooking and what role they have in traditional medicine. Arriving in Kandy, we visit the Peradeniya Botanical Garden, which is Sri Lanka’s finest botanical garden dating from the 14th century. However, the garden got its modern design under British rule when a number of new plants and plants were brought to Sri Lanka by the colonial power, which gave rise to the wonderful oasis of floral splendor found today. Overnight in Kandy. (Breakfast, lunch and dinner.)

Day 6: Sri Dalada Maligawa (“Temple of the Tooth”) and Sri Lankan cultural performance
The World Heritage Site of Kandy was the capital of the last kingdom of Sri Lanka, which was finally incorporated into the British Empire in the early 19th century. Kandy has a pleasant climate and during the British colonial era, many Britons therefore chose to settle here. During our day trip in Kandy, we visit Sri Dalada Maligawa (“Temple of the Tooth”) which is an important pilgrimage destination for Buddhist pilgrims and the city’s main attraction. The temple is located within the palace complex where the kings of the kingdom of Kandy (1469 – 1815) had their residence. It houses one of the Buddha’s teeth that was smuggled into Sri Lanka in the 4th century and still constitutes one of Buddhism’s holiest relics. During the evening we see a performance with traditional dance and music. We get to see twelve different dances accompanied by a drum orchestra. Overnight in Kandy. (Breakfast,

Day 7: Kandy – Nuwara Eliya with a visit to a tea plantation
After breakfast we head south towards the city of Nuwara Eliya. During the journey we pass Sri Lanka’s main tea district which is located at an altitude of about 1000 meters which is ideal for tea cultivation. Here we can see Sri Lanka’s highest mountain peaks. We stop at one of the area’s many tea plantations and get an introduction to how cultivation and processing is conducted. Nuwara Eliya is nestled in scenic greenery at an altitude of almost 2000 meters in the heart of the mountain area in the southern part of the island. The city is sometimes called “Little England” because many British colonizers came here because of the mild climate. The British influence is still evident in this charming little mountain town. Overnight in Nuwara Eliya. (Breakfast and lunch.)

Day 8: Nuwara Eliya – Yala (Yala National Park)
We travel southeast with the fantastic Sri Lankan landscape outside the window. We travel through a nature reserve and pass tea plantations and small towns. We visit the Buduruwagala Temple and see amazing Buddha statues carved from the cliffs more than a thousand years ago. Then we leave the central highlands behind us and take off towards Yala not far from the Indian Ocean. In the afternoon, those who want to go on a 3-4 hour jeep safari through Yala National Park, which is one of Sri Lanka’s foremost national parks. We travel through the reserve where you will find wild elephants, leopards, crocodiles, bears, deer, wild boar and a rich bird life including storks, herons, kingfishers and peacocks. The safari takes us down to the sparkling Indian Ocean. Those who choose not to join the safari can instead spend the rest of the day sunbathing and swimming on the hotel’s sandy beach. Overnight in Yala. (Breakfast, lunch and dinner.)

Day 9: Yala – Galle
After breakfast we head to the charming coastal town of Galle which is located in a beautiful bay by the azure sea. Galle has long been something of a multicultural city and has for centuries been under Portuguese, Dutch and British rule. The older city center and the city’s old fortress are on the UNESCO World Heritage List. The fortress was built by the Portuguese in the late 16th century and further expanded by the Dutch in the following century. We visit the beautiful old town and the main sights before continuing towards Kalutara beach. Overnight in Kalutara beach. (Breakfast, lunch and dinner.)

Day 12: Return journey
In the early morning we go to the airport before returning home to the boarding place. 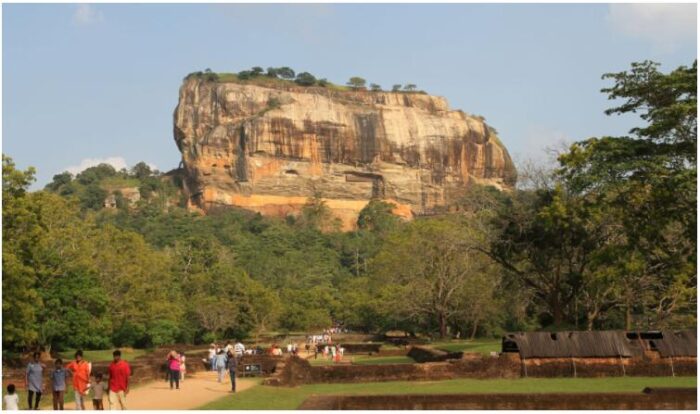