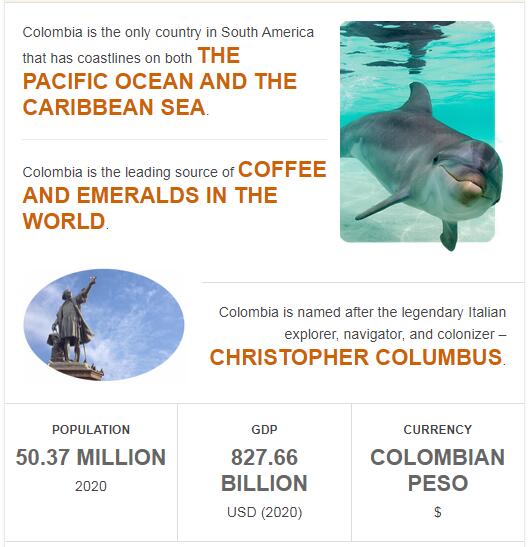 Colombia. On October 9, the former guerrilla group FARC (Colombia’s Revolutionary Armed Forces) was registered as a political party under the name Alternative General Revolutionary Force with the same abbreviation (FARC). According to Countryaah.com, the peace agreement was embodied at a June 27 ceremony in Mesetas, southeastern Colombia, when President Juan Manuel Santos symbolically handed over a machine gun to a shovel to FARC leader Rodrigo “Timochenko” Londoño Echeverri. See ABBREVIATIONFINDER for frequently used acronyms and abbreviations related to as well as country profile of Colombia.

Despite the peace agreement signed in 2016 and awarded the Nobel Peace Prize to President Santos, the FARC is still surrounded by a lot of skepticism. In particular, Germán Vargas Lleras, leader of one of the coalition’s parties, questioned the FARC’s intentions to be open with the atrocities committed during the 50-year civil war. The demobilization of the guerrillas proceeded, but the readjustment of former soldiers was slower. Concerns were also expressed that the number of FARC members who have not accepted the peace agreement is as many as 1,000.

In Montecristi in neighboring Ecuador, negotiations were held with the left guerrilla ELN (National Liberation Army), the second major guerrilla group negotiating to lay down arms, since February. In connection with the FARC and ELN signing a joint official pledge where at the end of the month to complete the peace process, some problems were also highlighted. Among other things, it was pointed out that arbitrary murders by local activists are still committed by right-wing militia in the country and that several FARC members were killed after the peace agreement was signed. Especially in the province of Antioquia, paramilitary groups continue to operate and in September the government army took several actions to neutralize them, including by seizing several of the leaders.

However, President Santos was clear that there was no return and that the peace process is continuing. His restructuring program, which was launched during the year, included creating jobs, infrastructure and educational opportunities in the previously war-affected areas. The optimism was favored by Pope Francis’s five-day visit to the country in early September, the first pope’s visit in 31 years. In his speeches, he focused on the reconstruction process rather than the peace treaty itself, and praised President Santos for his efforts. The fact that something new has occurred in Colombia was also shown by leaders of FARC meeting in July with leaders of the now demobilized paramilitary umbrella organization AUC (Colombia’s United Self-Defense), which FARC fought for decades,

However, other, old problems for Colombia were noted. For example, reports from the US government and the UN in March showed that cocaine cultivation in the country has increased by as much as 42% since 2015. Overall, the increase meant a potential increase in cocaine production by 60%. The reports also talked about a forecast of further increase in 2016.

On April 1, the town of Mocoa in Putumayo Province was hit by a catastrophic landslide with more than 260 dead. The landslide occurred after extensive rainy weather which caused the Mocoa River with tributaries to flood its banks.

The peace process with FARC-EP

In August 2012, it was announced that exploratory talks had taken place between the Colombian government and the FARC-EP guerrilla. The talks were organized by Norway and Cuba, and led to a framework agreement for future peace negotiations (Acuerdo Marco). This was not the first time Norway participated in peace initiatives in Colombia, but the attempts at peace negotiations in the 1990s and 2000s did not go ahead.

The official start of the negotiations was in Oslo and Hurdal in October 2012, while the main negotiations took place in Havana in Cuba from November 2012 to August 2016. The framework agreement included six agenda items for the negotiation, which were negotiated as partial agreements and presented at different times:

The negotiating delegations were led by Humberto de la Calle for the Colombian government and Rodrigo Londoño (known as Timoleón Jiménez or Timochenko) for the FARC. The government delegation included trusted politicians and military representatives, while the FARC posed with the main guerrilla leaders. Diplomat Dag Nylander led the Norwegian work on the peace process.

Although the peace talks in Havana took place behind closed doors, the process has been characterized by inclusion and openness. The negotiators had a support system consisting of the United Nations Development Program (UNDP), the National University and the Catholic Churchwho provided technical assistance and coordination of support activities on behalf of the negotiating parties. In connection with the agenda item on victims ‘rights, discussion forums and events were organized in various parts of the country to gather victims’ experiences, opinions and suggestions. A website was created to disseminate information on an ongoing basis, as well as to gather suggestions from all Colombians and social actors who wanted to participate. A total of 17,000 inputs were promoted through this channel. Five groups of victims’ representatives were invited to Havana in the fall of 2014 to give their testimony to the negotiating delegations.

Commitment and support for the peace negotiations varied over the four years they went on. Agenda item 1 on integrated agricultural development and item 2 on political participation emerged relatively quickly in May and November 2013, while the drug agreement sub-agreement was announced in May 2014. Enthusiasm and expectations diminished somewhat as the other agenda items awaited. The partial agreement on the victims’ rights from December 2015 was thus a breakthrough, and gave new hope for a peace agreement. The final and crucial agenda item was presented in June 2016, the conflict settlement agreement, ceasefire and demobilization, which also included the implementation and verification agreement.