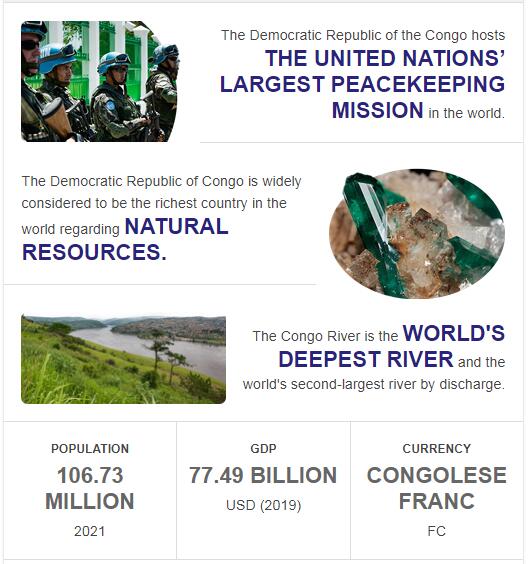 Congo. In January, an agreement was announced in collaboration with the Catholic Church, in which the government and the opposition agreed that elections should be held in 2017. President Joseph Kabila, whose term of office actually expired in 2016, would, according to the agreement, remain at the head of a transitional government while the opposition would get appointed prime minister. However, neither Kabila, the prime minister since December 2016, Samy Badibanga, nor the opposition leader Étienne Tshisékédi signed the agreement. In February, the latter died during a visit to Belgium. After Tshisékédi’s death, the opposition split after a power struggle between his son and Bruno Tshibala. In April, Tshibala was appointed new Prime Minister by President Kabila. In the new government presented by Kabila in May, most former ministers were allowed to sit while new ministerial posts were allocated to the opposition. In October, the country’s electoral commission said elections could be held at the earliest in April 2019. According to Countryaah.com, the commission referred, among other things, to the violent situation in Kasai. A month later, a new statement came that elections to Parliament and the presidential post would be held at the end of December 2018. According to the opposition, the Election Commission broke the Constitution by postponing the elections.

In February, the UN criticized the government after killing 101 members of the Kamwina Nsapu militia by government forces in the Kasai-Central region. In the neighboring region of Kasai, in March the Swedish-Chilean UN expert Zaida Catalán, an American UN employee, Michael Sharp, and their Congolese interpreter Betu Tshintela were murdered. The UN expatriates had traveled to the area to investigate abuses that were suspected to have been committed in connection with Kamwina Nsapu’s ongoing uprising. According to a UN report presented in August, militants were behind the murders. See ABBREVIATIONFINDER for frequently used acronyms and abbreviations related to as well as country profile of Democratic Republic of the Congo.

The violence drove over a million people from their homes, resulting in a looming famine disaster. By May, more than 3,300 people had been killed and in July over 80 mass graves had been found. The assaults were believed to have been committed by both government forces and the Kamwina Nsapu militia. In July, eight soldiers were sentenced to long prison sentences by a military court for murder and other abuses on the civilian population of Kasai. In November, the man believed to be leading Kamwina Nsapu, Ngalamulume wa Ngalamulume, was arrested. He was accused of ordering six people, including four school inspectors, to be beheaded. During the year, the situation continued to be violent even in North and South Kivu in the eastern part of the country. In December, 15 UN soldiers from Tanzania were killed in a rebel attack that UN Secretary-General António Guterres called a war crime. In August, the UN calculated:

In November, the human rights organization Amnesty International criticized several electronics companies for not doing enough to account for who they bought cobalt. The metal is an important component of many products and demand has increased, not least because cobalt is used in batteries in electric cars. Congo (Kinshasa) has the world’s largest cobalt deposits and a large part of the mining operation takes place informally under dangerous conditions, often with children as miners.

ADF is suspected of a new act in North Kivu

At least 21 people, including 15 women, were killed in an attack on the village of Lisasa in North Kivu in the eastern part of the country. The ADF militia is suspected of the act. According to several sources, an unknown number of people were abducted at the same time, a health center was looted and a Catholic church was desecrated. The ADF, a Muslim violence group formed in Uganda in 1980, is suspected of killing 600 people in eastern Congo-Kinshasa since the government army launched an offensive against it in November 2019.

Disarmament of the militia begins

The disarmament of rebel groups in Ituri province begins now, eight months after a peace deal was signed. 31 men from the FRPI militia hand over their weapons to representatives of the government army in a ceremony. The approximately 1,000 men to be disarmed will either be integrated into the government army or into society. FPRI members who are not suspected of war crimes or crimes against humanity shall be granted amnesty.

About 1,300 prisoners are believed to have escaped from a prison in Beni, North Kivu. It becomes possible after the prison was attacked by the ADF militia, a militant Islamist group formed in 1996 in Uganda. It is unclear what the ADF wants to achieve, but the group is suspected of killing around 570 people in eastern Congo-Kinshasa since the Congolese army launched an offensive against it in late 2019 (see November 2019).

“Ebola outbreak in Equateur under control”

The latest outbreak of Ebola in Equateur province in the northwestern part of the country is now under control, as no new cases have been reported in 16 days, according to information from local authorities and the World Health Organization. 53 people have died from the contagious viral disease since the beginning of June.

Eleven killed in fighting in Ituri

New fighting breaks out in the Ituri province between the Congolese army and the FRPI militia, despite the signing of a peace agreement earlier this year. Three soldiers, six militiamen and two civilians are killed in the clashes, which according to media reports break out when militiamen prepare for an attack on a military post. According to the peace agreement, militiamen must be integrated into the government army and the rebels must be granted amnesty, unless they have committed war crimes or crimes against humanity. In the meantime, the militiamen must stay in their bases.

Doctor Denis Mukwege, who was awarded the Nobel Peace Prize in 2018, continues his campaign to bring those who committed serious abuses during the wars 1996–1998 and 1998–2003 to justice in an international tribunal. His demands are supported by Amnesty and Human Rights Watch, which claim that neither the UN nor the Congolese authorities have done enough to punish the perpetrators, despite the fact that many abuses have been documented in a 2010 United Nations Congo Mapping Exercise Report. Serious violence has continued to kill victims in Congo-Kinshasa, and since the turn of the year alone, 1,300 people have been killed in the eastern part of the country since the turn of the year, according to figures from various UN sources.