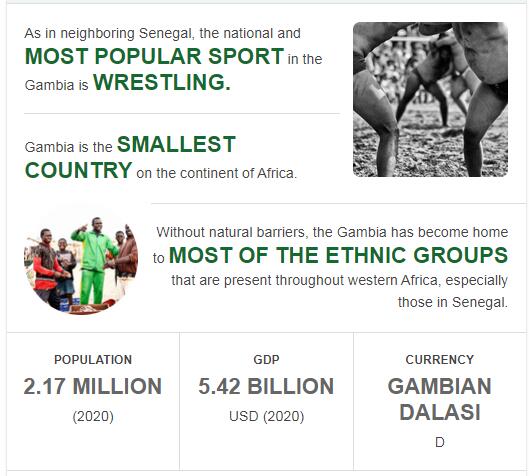 The Gambia. The year began with an extremely uncertain political situation when Yahya Jammeh, the country’s leader since 1994, lost the presidential election held on December 1, 2016. To the surprise of many, Jammeh initially admitted defeated by opposition candidate Adama Barrow. But what appeared to be a peaceful shift of power for a while when Jammeh demanded that the election be annulled by the Supreme Court. Leaders from the West African cooperation organization ECOWAS urged the dictator to resign and declared ready to send troops to the Gambia, which Jammeh in January equated to a declaration of war. He also stated that he intended to remain until the Supreme Court rendered his decision, which was expected to happen only in May. On January 17, the day before his term of office formally expired, Jammeh announced a 90-day emergency permit. This was approved by Parliament, which also extended Jammeh’s term of office by one month. However, the president was hit by heavy layoffs, including the vice president, who chose to leave his post. Senegal gathered troops along the border with the Gambia and worked for the UN Security Council to approve a military intervention.

According to Countryaah.com, Adama Barrow, temporarily exiled in Senegal, swore the January 19 presidential at the Gambia Embassy in Dakar. On the same day, the head of the Gambian army declared that he did not intend to try to prevent an invading ECOWAS force. With the support of the Security Council, thousands of people crossed the Senegal border. After Mauritania’s President Mohamed Ould Abdel Aziz and Guinea’s President Alpha Condé flew to the Gambia to announce Jammeh’s January 21 departure. On the same day he left the country and went into exile in Equatorial Guinea. According to data, Jammeh is supposed to have taken the equivalent of US $ 11 million from the Treasury, as well as luxury cars and other valuable assets. In May, the government ordered that 86 bank accounts belonging to Jammeh be frozen and 14 of its companies seized. In August, Jammeh’s diplomatic passport was canceled. Thus, the president should no longer be able to invoke diplomatic immunity. His wife, former ministers and other leading figures in the previous regime also got rid of their diplomatic passports.

The newly elected President Barrow promised that Jammeh would be guaranteed all the rights of a Gambian citizen and former head of state and that he would not be prosecuted unless two-thirds of Parliament voted for it. Barrow returned to The Gambia on January 26 and promised a few days later major changes in the Gambian community. On February 18, he was sworn in again, this time in the capital Banjul in front of cheering followers. Among those who reacted positively to the change of power was the EU, which promised to resume its assistance. This has been frozen since December 2014. The EU promised in February that the Gambia would receive the equivalent of EUR 225 million in support. In addition, the World Bank granted Gambia 60 million US dollars in budget support.

Barrow decided that the national security police should remain, but that it should change its name to the state intelligence service and that its personnel should be trained. In February, former spy chief Yankuba Badjie was arrested and later in the month he and eight of his former employees were indicted for the murder of opposition politician Solo Sandeng, who died when he was remanded in April 2016. All the defendants refused crime. According to human rights organizations, the intelligence service during Yankuba Badjie’s time as chief also committed serious abuses such as torture, rape and extrajudicial executions.

One of many important decisions during Barrow’s first term in power was when the Gambia asked the UN to interrupt the process that would mean leaving the International Criminal Court (ICC). When British Foreign Minister Boris Johnson visited the country in February, signals came that Gambia was planning to re-enter the Commonwealth. Jammeh decided to leave this association in 2013. In February, Parliament abolished the age limit of 65 for presidents and vice presidents. The latter measure enabled Barrow to appoint 68-year-old Fatoumata Jallow Tambajang as vice president. In February, a new chief judge was also appointed to the Supreme Court and in May four new judges were sworn in. Three of these are Gambians. During Jammeh’s time in power, the judiciary was dominated by foreign judges who could quickly be replaced if the dictator was not satisfied with the ruling. Although Army Chief Ousman Badjie indirectly supported Barrow in January, he was replaced in February by another general, Masannah Kinteh.

The partial alliance that ran for the December 2016 presidential election was behind Adama Barrow as a joint candidate split before the April parliamentary elections. The election itself was a great success for the United Democratic Party (UDP), of which Barrow was a member until he took office as president. The UDP received 31 of the 53 eligible seats while no other party received more than five seats. In July, Minister of Justice Abubacarr Tambadou announced that a new constitution should be drafted. The assignment will go to a specially appointed commission, whose proposals must then be approved in a referendum in order to take effect. When the Commission was to begin its work was not clear at the time.