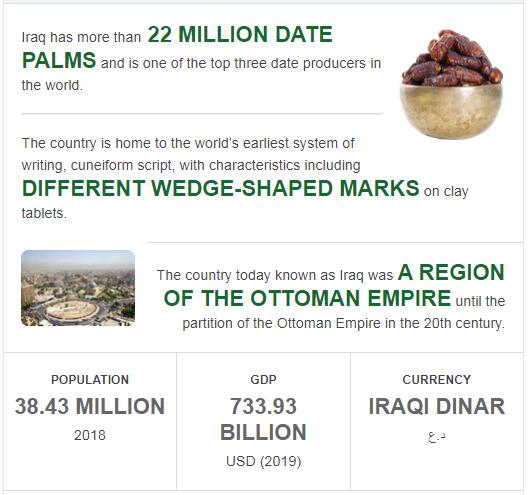 Iraq. The offensive to expel the Islamic State (IS) terrorist group from the million city of Mosul in the northern part of the country began in October 2016 and was only completed in July. Then Prime Minister Haider al-Abadi announced that IS had been expelled from the city, which was taken in by the terrorist organization in 2014. A symbol of giving up the city was that IS blasted the medieval al-Nurim Mosque with the famous leaning minaret al-Habda. It happened a week before the Iraqi forces reached the old city center. See ABBREVIATIONFINDER for frequently used acronyms and abbreviations related to as well as country profile of Iraq.

However, the conquest took place after long and difficult battles. In January it was announced that the eastern parts of the city had been taken. In February, the conquest of the western parts began, with around 750,000 civilians, almost half of them children, trapped. They risked being shot if they tried to escape or, if they stayed, to starve to death. According to a compilation at the end of the year, the AP estimated that 9,000 to 11,000 civilians may have been killed in the fighting over Mosul.

Several mass graves were found in connection with the offensive against IS. Outside Mosul, a tomb was found that, according to the human rights organization Human Rights Watch, may be the largest in Iraq and Syria. It is located in a gorge in a place called Khafsa and can contain thousands of dead. Before IS left the site, the mass grave was mined.

At the World Heritage Committee’s annual meeting in Poland, IS and the destruction of cultural heritage were discussed. UNESCO has plans to rebuild Mosul, in whose area the ancient cities of Nineveh and Nimrud are located. Mosul has been digitally mapped by Iraqi archaeologists, trained by the British Museum, who will be involved in the reconstruction of the still unknown number of destroyed cultural treasures.

According to Countryaah.com, Iraq was one of the countries that US President Donald Trump banned entry to the United States in January. However, following pressure from Prime Minister al-Abadi and the US Defense Headquarters Pentagon, the ban was lifted in March.

The Kurdish region of Iraq voted for independence on September 25. According to regional president Massoud Barzani, the jas side prevailed. Iraqi Prime Minister al-Abadi demanded that the Kurdish authorities annul the elections and that the Kurdish forces withdrew from, among others, the oil city of Kirkuk. That did not happen and in mid-October, Iraqi forces launched an attack on Kirkuk. The city was taken over without any significant resistance from Kurdish forces, and thousands of civilians were forced out of their homes. Independence voting became a memory. The Iraqi Kurdistan parliamentary elections, which would have taken place on November 1, have now been postponed for eight months. In addition, several Kurdish opposition parties demanded the departure of regional president Massoud Barzani. Barzani resigned November 1.

A large number of terrorist acts performed by IS took place in Iraq during the year. One pick: In January, some 30 people were killed by a car bomb in a square in the Sadr district in the capital Baghdad; in February 45 died when a car bomb exploded in the southern part of the capital; in March at least 23 were killed at a wedding party near the city of Tikrit in an attack by a suicide bomber; in May at least 35 people died in attacks against two roadblocks – one in southern Baghdad, one on the outskirts of Basra in southeastern Iraq; In June, at least 30 people died in a suicide attack on a market near the holy city of Shia Muslims Karbala south of the capital.

In November, a severe earthquake occurred near the border with Iran. Over 500 people were reported dead and over 8,000 injured in the quake, which measured 7.3 in magnitude on the Richter scale. Its epicenter was 19 kilometers deep, about 3 km outside the city of Halabja.

The north of Iraq, up to about the geographical latitude of Baghdad, lies in the area of ​​the so-called westerly wind zone of moderate latitudes in winter and under the influence of high pressure at temperatures between −6 ° C in winter and 51 ° C in midsummer (annual mean 22 ° C). The area south of Baghdad, on the other hand, belongs to the subtropical high pressure belt all year round. The summers are precipitation-free throughout the country and, with the exception of the mountain regions, are quite warm with average temperatures around 33 to 34 ° C. Sometimes strong, year-round winds from the northwest mean that the cities of Baghdad and Basra, for example, are hit by dust storms on around 20 and 15 days a year, respectively.

Temperatures fluctuate between 50 ° C in summer and around zero in January. Frost is possible, especially in mountainous areas. Rain falls about 10 to 18 cm per year, the main rainy months are December to April. The areas bordering the Gulf are a little more humid.