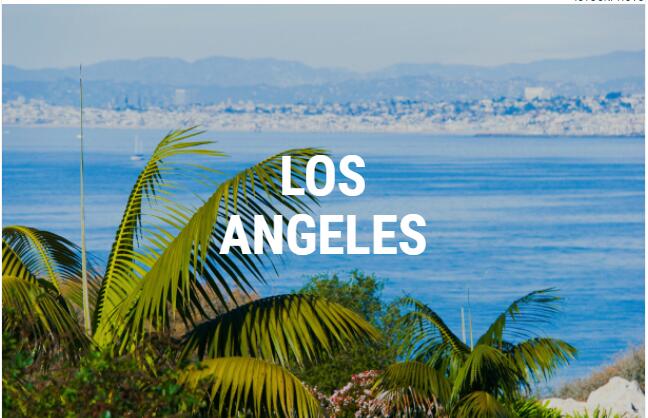 Los Angeles is a city where dreams come true. Located on the west coast of the United States, Los Angeles is a television-familiar city of palm trees and beaches that is the dream destination of many.

Los Angeles is a large city with many beaches, the lavish surface life of Hollywood, numerous attractions and many parts of the city that attract tourists.

The city of angels is a multicultural metropolis

Located in Southern California, Los Angeles is not only the center of the U.S. film industry but also the country’s second largest city. The Greater Los area is home to nearly four million people from more than a hundred different countries. Los Angeles, known as the city of angels, has since come after big dreams.

Every sixth resident of the city is, on some level, part of the creative industry, making Los Angeles a true media and entertainment hub. In multicultural Los Angeles, you’ll also notice Mexican influences – you can dive into the world of Mexican delicacies and crafts in the El Pueblo de Los Angeles area.

If Los Angeles as a city is a little hard to catch, it’s because the area is made up of several small towns. However, they are the best thing about the place. Rent a car and see them all from bohemian Silver Lake to luxurious Beverly Hills and rugged Hollywood – and don’t lose your nerves in traffic jams.

Los Angeles is suitable for all types of travelers in its diversity. The city can easily combine both a beach holiday and a cultural getaway, not to mention great shopping. Families with children will enjoy the numerous theme parks, including Universal Studios Hollywood and Disneyland. The nightlife is lively and the possibilities for entertainment are endless.

Los Angeles is full of tall palm trees that line the city’s roads, beaches and attractions.

Sun all year round

Los Angeles has an enviable climate that guarantees year-round sunshine. The busiest tourist season is during the summer months, although many think the city is at its best in the fall and winter. The mist, June gloom , hanging over the city, especially from early summer , often keeps the sky cloudy until the afternoon.

The average temperature for the months is 15 degrees on the right side from April to November, and in mid-summer temperatures can easily rise above 30 degrees. The coldest months are December and January, when the thermometer may drop to as much as five degrees.

Combine a city and a beach holiday

Traveling to a popular California city is usually a traditional city break, with a touch of beachfront relaxation as well. However, Los Angeles is such a huge and diverse destination that you can spend a wide variety of holidays there: in addition to the city atmosphere and beach planing, LA provides the setting for an active holiday, a cultural trip or even a light movie holiday.

In the hustle and bustle of downtown

Downtown Los Angeles, or Downtown, has been built to serve businesses, but there are also a number of sites of particular interest to the architectural and film industries. The Los Angeles train station, for example, is not only a classically magnificent building, but has also been the subject of dozens of well-known films. This is exactly one of the best aspects of LA – you’re constantly coming across places you recognize you’ve seen in some Hollywood production.

Other cultural points of interest include the Walt Disney Concert Hall and the ethnic areas of Chinatown and Little Tokyo, whose hustle and bustle among Asians is guaranteed to be far beyond the United States.

Arriving in Venice Beach feels like Liisa in Wonderland. It feels like the most special representatives of the entire nation have owned a 2.5-mile stretch of beach and made it their own playground. In a few minutes you can see an Indian skating and playing electric guitar, hippies dancing in ecstasy by the campfire on the beach, or muscle bundles training for Mr. Universum. In the middle of tattoo shops and protest stalls you will find excellent cafes as well as galleries. Few places in the world are more interesting for people watching than Venice Beach.

Another reason to stay on the beach is the excellent surfing opportunities. On a good day, the shoreline is full of surfboards and people dreaming of endless summer. Also don’t miss Venice’s canal area, a short walk from the beach.

On your way to Los Angeles, head to the lane of celebrities, the Beverly Hills Palace Oasis. Street after street is full of as grandiose mansions as possible, and while several of these are fenced, thanks to the hilly terrain, you might even see the backyards of the Movie Stars here. The easiest way to explore the area is with your own car, but without it. Several local company takes tourists on a discovery tour half-day excursions in the area.

The best way to get to know the day rhythms of celebrities is for guests at one of several movie studios, for example, Warner Bros. organizes family-friendly tours on its premises, taking you behind the stage to get to know the show’s machinery. Every round is different. The content depends on the filming schedules, which means the possibility of colliding with the public you know. 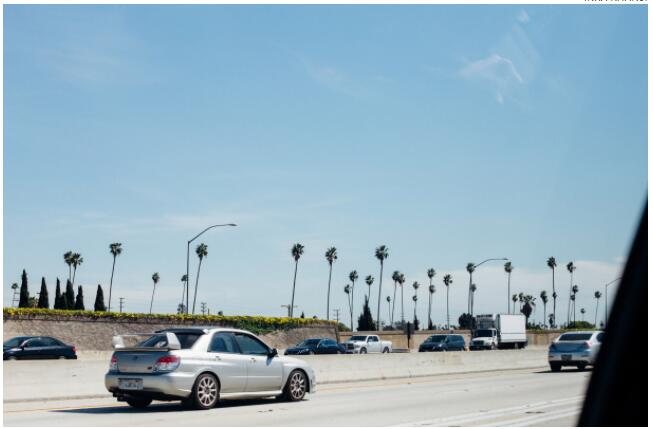 No trip to Hollywood is perfect unless you go to see a movie at the famous Chinese theater. Not only is the place interesting in its history as the scene of several Oscar galas, but the eye-catching details of the theater easily make it possible to focus on the interior instead of the film.

Los Angeles is suitable for a wide variety of budgets

Due to its versatility, Los Angeles is suitable for all types of travelers, and it also feels like a budget. The price level is at the same level as in many other major US cities. In tourist favorite areas, prices are clearly higher than in other places, so if you’re looking for cheap accommodation or a restaurant, feel free to step out of Santa Monica.

The cheapest meals can be found in fast food restaurants or, for example, Chinese, Korean or Mexican restaurants.