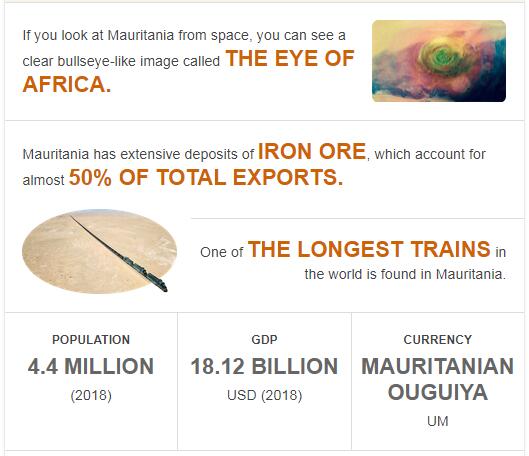 Mauritania. In March, Parliament’s lower house voted to abolish the indirectly elected House of Representatives, the Senate. Later that month, a majority of Senate members voted against the proposal. The country’s president, Mohamed Ould Abdel Aziz, then called for a referendum on the issue, something he would have said earlier. Parts of the opposition reacted strongly to the proposed constitutional amendment, including former President Sidi Ould Sheikh Abdellahi, who was deposed in 2008 in a bloody coup led by Abdel Aziz. See ABBREVIATIONFINDER for frequently used acronyms and abbreviations related to as well as country profile of Mauritania.

According to Countryaah.com, the referendum was held at the beginning of August and dealt with several proposed amendments to the constitution. Voters would decide whether to abolish the Senate and transfer its powers to a single-chamber parliament and whether to set up regional councils. In addition, it was proposed that the country’s flag should change appearance by adding two red bars at the top and bottom. The new flag was used for the first time in connection with the celebration of Independence Day November 28. However, no constitutional amendment that would allow Abdel Aziz to run for additional terms of office, and as some government officials have previously suggested, were not included. Many opposers, however, saw the abolition of the Senate as a way for the regime to extend Abdel Aziz’s power holdings after all. The time before the referendum became concerned with boycott calls from the opposition and clashes between protesters and police in the capital Nouakchott. Of those who went to the polling station, 85% voted in favor of the proposals. According to official data, turnout was 54%.

In February, five countries – Mauritania, Burkina Faso, Mali, Chad and Niger – decided to form a joint force to meet the threat posed by militant Islamist groups. The UN Security Council gave its approval in June and the EU pledged € 50 million. The force will have its headquarters in Mali. In November, Mauritania agreed with Algeria to open a border crossing between the countries for the first time since independence in the 1960s.

Politics. – Independent since November 28, 1960 and endowed with a presidential constitution since May 20, 1961 (President Moktar Ould Daddah, leader undisputed), Mauritania was admitted to the UN on 27 October 1961, the opposition of Morocco having prevailed until then, which demanded its annexation. Two years later Mauritania participated in the founding of the Organization of African Unity (OAU). Internal political life, dominated by the Parti du Peuple Mauritanien (PPM), has long been marked, albeit in substantial stability, by the contrast between the Mauritanian (Arab-Berber) and black ethnic elements. The tension intensified, with strikes and riots, in 1966 (the National Assembly was elected in 1965) due to the government’s intention to impose Arabic teaching in schools; but the president, strong in the loyalty of the army, controlled the situation and through ministerial reshuffles increased the number of Negro exponents. In 1968 a constitutional amendment (other amendments in 1965 and 1966) recognized Arabic as the second official language. While the ethnic contrast eased, a left unrest has been looming in student and trade union circles since 1969; due to protests against the visit of French President Pompidou in January 1971, the government closed schools and arrested trade unionists. A process of integration into the MPC of the trade union organization, initiated by the government in 1969, led not without disagreements (severe strikes in the autumn of 1971) to the constitution in 1973 of the Union of Workers of Mauritania (UTM). A nationalization program affected the iron mines of Miferma in 1974 and other mining and industrial companies in 1975.

From the initial close relations with France, which defended it from the aims of Morocco, and with the French-speaking African countries (joining the Brazzaville group and then the OCAM), Mauritania. especially after the complete conciliation with Morocco (1970), has progressively approached the Arab world, joining the Arab League in October 1973 (cooperation with the People’s Republic of China is also considerable). The exit from the franc area and the creation of a new currency (1973) were supported by Arab countries; in 1973 the cooperation agreements with France were profoundly renewed and the agreement for military assistance ceased. The Mauritania it joined Morocco (in July 1976 it concluded a military agreement) to first obtain the withdrawal of Spain from the Spanish Sahara and then to defend the division of the territory against the local national movement, supported by Algeria; the worsening of the war against the Polisario Front created serious difficulties for Mauritania, hence the military coup of 10 July 1978 which deposed Daddah and brought Col. Ould Salek.