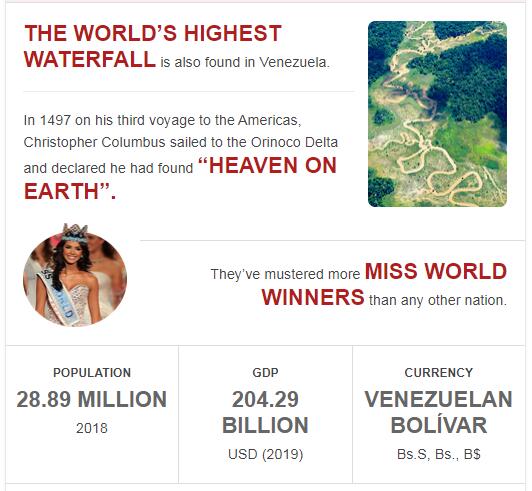 Venezuela. An already very worrisome political and economic situation worsened even more during the year. Already in April, a wave of violent protests and demonstrations began in the country with hundreds of thousands of participants and a total of up to 90 deaths as a result. The culmination of the riots occurred on July 5 when thousands of government loyalists besieged the congress building in Caracas, where the opposition had gathered.

Despite the polarized situation, the ruling party PSUV (Venezuela’s United Socialist Party) could win big in the regional elections on October 15, largely because the electoral authority was completely dominated by PSUV and by direct electoral fraud. According to Countryaah.com, eighteen governor posts went to the PSUV and five to the opposition, including the most populous state of Zulia. The victory of the PSUV was also linked to the low turnout (61%) and the opposition, gathered in the coalition MUD (Assembly for Democratic Unity), was deeply divided. However, the July 30 election to the Constituent Assembly, which replaced the opposition-dominated Congress, was boycotted entirely by the opposition. The government reported a record turnout, while international appraisers found that one million votes were invented, and Luis Almagro, secretary general of the United States OAS,

One of the constituent assembly’s first steps was to dismiss the Prosecutor Luisa Ortega Díaz, who made himself known as strongly regime-critical and immediately fled the country to initiate a legal process from abroad against Venezuela’s leaders. In October, she then filed a complaint with the International Criminal Court (ICC) in The Hague with charges against President Nicolás Maduro for crimes against humanity. Thousands of documents with alleged evidence of murder, torture and a host of other crimes were attached.

In mid-November, the EU’s foreign ministers in Brussels agreed to impose an arms embargo on Venezuela and a framework for future sanctions by political leaders unless democratic legitimacy was immediately reinstated. However, the arms embargo had little effect as most of Venezuela’s arms deals are with the Russian Federation and China, which do not participate in the sanctions against Venezuela and are the country’s only remaining lenders. The US imposed financial sanctions as early as August.

In the end, the government was forced to enter into negotiations with the opposition, but symptomatically abroad. In the early days of December, talks were held in the Dominican Republic, where the main issue was to open a “humanitarian emergency corridor” for supplies to the country, which in fact meant that the government would recognize the precarious situation in the country for which the opposition holds the government accountable.

Financially it wasn’t much better. Inflation was predicted to reach 600% by the end of the year, and oil production reached its lowest level in 30 years in October, less than 2 million barrels per day, which together with the historically low oil price was devastating for government finances. The following month, President Maduro decided to appoint Major General Manuel Quevedo as head of the indebted state oil company PDVSA. It stated the purpose of letting a military run the oil company for the first time was to reverse the negative development and increase production by one million barrels per day. But the prospects of increasing government revenues through oil exports turned out to be very poor, and Venezuelan government bond prices at the same time reached bottom levels.

The economic crisis had increasingly dramatic social consequences. A study published by Andrés Bello University of Caracas in February showed that the proportion of poor people in Venezuela increased from 48% of the population in 2014 to over 80% in 2016. The same survey showed that 76% of the more than 26,000 murders committed in 2016 affected people during 35 years.